As part of fieldwalking in 2017-18 Mesolithic Deeside fieldwalked East Park 1 which had been previously identified as having flint scatters by Dr Grieve. 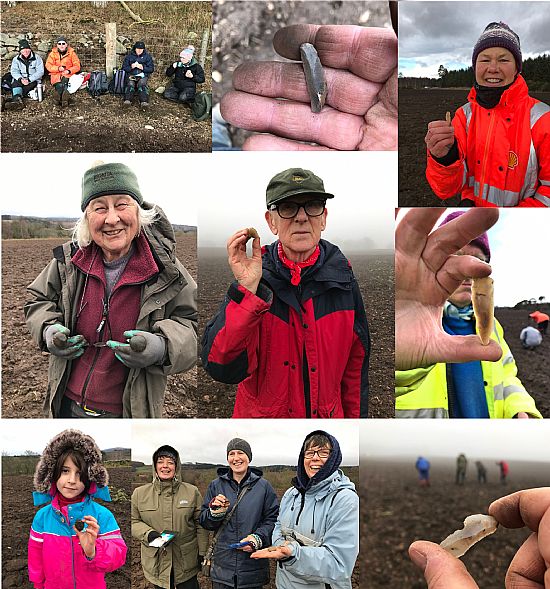 2974 lithics were collected over three weekends and the plot below was made of the location of the finds. 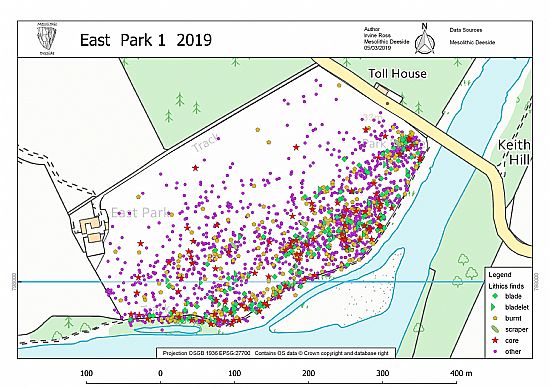 As a result of the fieldwalking test pitting at East Park took place on 2-4 November 2018 funded by Kincardine and Mearns Area Committee. 37 test pits were excavated and 305 flints recovered by 27 adult and 6 children as well as two local primary school classes of 34 children, teachers and adult helpers. 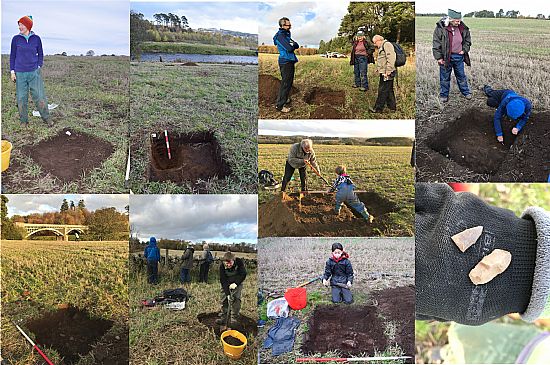 Tim Kinnaird, University of St Andrews, and volunteers from the Mesolithic Deeside team, carried out luminescence profiling at East Park. Luminescence provides sediment formation ages – reset at deposition due to light exposure - and information on post-depositional processes – such as movements of sediment down-slope. Geomorphological mapping by Richard Tipping, University of Stirling, identified two fluvial terraces at East Park. The majority of the finds are located on the lower terrace and the crest of the upper terrace. Test-pitting was carried out across both terraces; a selection of sediment stratigraphies in both, were sampled for luminescence profiling (under black tarps to prevent exposure to light!).  Luminescence profiling revealed that sediment was moving down-slope from the upper terrace to the lower terrace, generating inverted sedimentary sequences. This has implications for the distribution of finds. We hope to test this hypothesis through future test pitting on the site. For more details see www.timkinnaird.com

A group of finds from the fieldwalking and test pitting may date to the Late Upper Palaeolithic including the find below found by volunteer Roslyn. 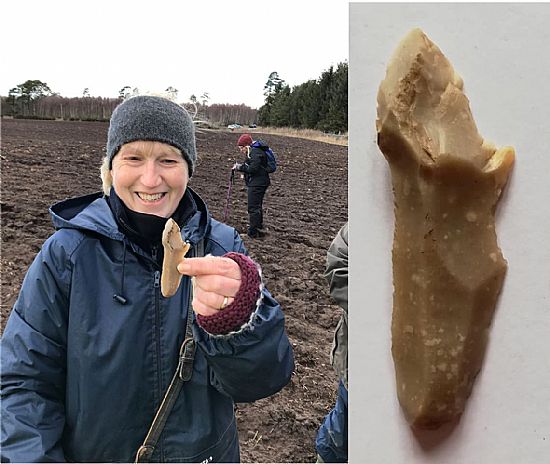