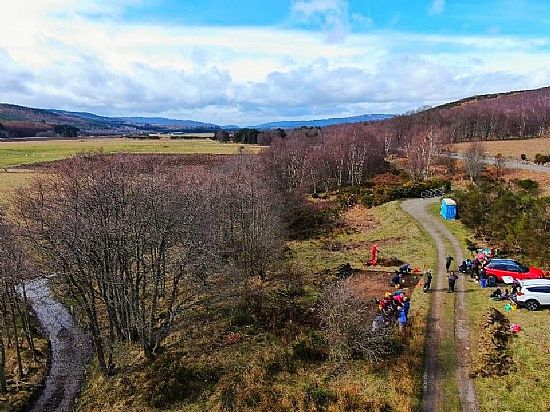 Over two weekends 30 September – 1 October 2017 and 22-24 March 2019 Cameron Archaeology led a group from Mesolithic Deeside volunteers to excavate trenches at the find spot of Mesolithic flints. Over 200 people visited the site, mostly cycling and walking along the Deeside Line. School classes attended and helped with the dig as well as young families.

A total of 785 lithics were recovered from the site. It was originally thought to be the remains of a stone structure but once larger trenches were opened in 2019 it was decided that the stones were tumbled and random stones and the flints were amongst the stones. Many lithics were recovered from the fields to the north (upslope) from this site and the soil with the lithics has probably washed downhill and also been disturbed by the construction of the nearby railway line and road. 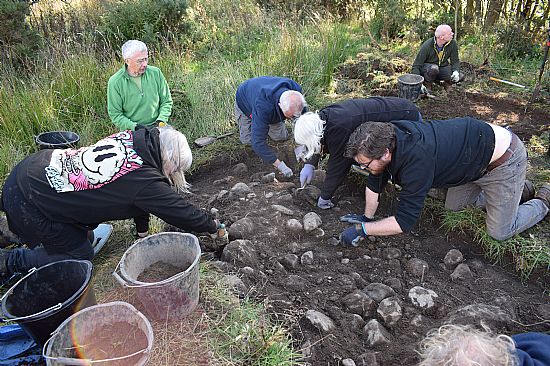